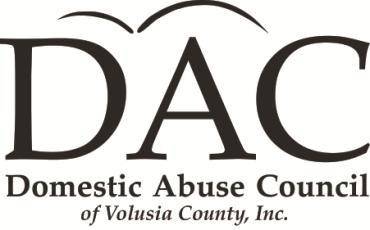 They came for a chance to be on television. They came because they wanted to take a stand. They
came because they thought it would look good on a college application. For whatever reason 16
teenagers joined the Domestic Abuse Council on Saturday November 15, 2014 to make a television
commercial for anti-bullying.
Students from University High School, Ormond Beach Middle School, Spruce Creek High School and
a home schooled student read their lines and acted their parts to help spread the word that it is time to
stop bullying and to stop being silent bystanders.
The Domestic Abuse Council received a grant from the General Electric Volunteers Foundation to
produce four commercials and a 5-minute short educational video to raise awareness to end bullying.
The Florida Atlantic Coast Elfuns recommended the Domestic Abuse Council for this project. The
Domestic Abuse Council plans to run the commercials locally and distribute them nationally along
with the educational video.
The students had the opportunity to be part of a professional production with a green room, costumes
and make-up. The local Elfuns chapter was in charge of the props and stage management. Domestic
Abuse Council staff ran lines and rehearsed with the students while they waited for their turn in front
of the camera.
To learn more about Domestic Abuse Council go to www.domesticabusecouncil.com. The Domestic
Abuse Hotline is 1-800-500-1119.

Popular tags on this blog